I was lucky to attend the AES Conference on Headphones held in San Francisco on August 27–29. The conference represents an interesting mix of research, technologies, and commercial products. 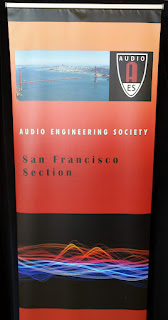 I learned a lot of new things and was happy to have conversations with both researchers and representatives of commercial companies that produce headphones and other audio equipment.

There were several main trends at the conference:

In this post I'm publishing my notes on binaural audio topics.

"Binaural audio" here means "true to life" rendering of spatial sounds in headphones. The task here is as follows—using headphones (or earphones) produce exactly the same sound pressure on the eardrums as if it was from a real object emitting sound waves from a certain position in a given environment. It is presumed that by doing so we will trick the brain into believing that this virtual sound source is real.

And this task is not easy! When using loudspeakers, commercially available technologies usually require use of multiple speakers located everywhere around the listener. Produced sound waves interact with the listener's body and ears, which helps the listener to determine positions of virtual sound sources. While implementing convincing surround systems is still far from trivial, anyone who had ever visited a Dolby Atmos theater can confirm that the results sound plausible.

When a person is using headphones, there is only one speaker per ear. Speakers are positioned close to the ears (or even inside ear canals), thus sound waves skip interaction with the body and pinnaes. In order to render correct binaural representation there is a need to use a personal Head-related Transfer Function (HRTF). Traditional approaches to HRTF acquisition require use half-spheres with speakers mounted around the person, or use moving arcs with speakers. Acquisition is done in an anechoic room, and measurement microphones are inserted into the person’s ear canals. 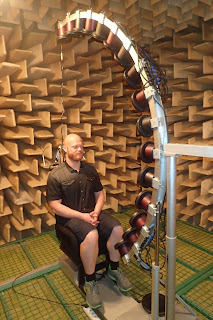 Apparently, this is not a viable approach for consumer market. HRTF needs to be acquired quickly and under "normal" (home) conditions. There are several approaches that propose alternatives to traditional methods, namely:

On the conference there were presentations and demos from Earfish and Visisonics. These projects are still in the stage of active research and offer individuals to try them in order to get more data. Speaking of research, while talking with one of the participants I've learned about structural decomposition of HRTF, where the transfer function is split it into separate parts for head, torso, and pinnaes which are combined linearly. This results in simpler transfer functions and shorter filters. 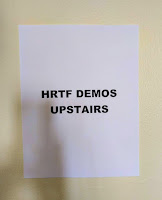 There was an interesting observation mentioned by several participants that people can adapt to “alien” HRTF after some time and even switch back and forth. This is why research on HRTF compensation is difficult—researchers often get used to a model even if it represents their own HRTF incorrectly. Researchers always have to ask somebody unrelated to check the model (similar problem in lossy codecs research—people get themselves trained to look for specific artifacts but might miss some obvious audio degradation). There is also a difficulty due to room divergence effect—when sounds are played via headphones in the same room they have been recorded in, they are perfectly localizable, but localization breaks down when the same sounds are played in a different room.

Although use of “generic” HRTFs is also possible, in order to minimize front / back confusion use of head tracking is required. Without head tracking, use of long (RT60 > 1.5 s) reverberation can help.

But knowing the person's HRTF constitutes only one half of the binaural reproduction problem. Even assuming that a personal HRTF has been acquired, it's still impossible to create exact acoustic pressure on eardrums without taking into account the headphones used for reproduction. Unlike speakers, headphones are not designed to have a flat frequency response. Commercial headphones are designed to recreate the experience of listening over speakers, and their frequency response curve is designed to be close to one of the following curves:

Thus, a complementary to HRTF is Headphone Compensation Function (HCF) which "neutralizes" headphone transfer function and makes headphone frequency response flat. As well as HRTF the HCF can be either "generic"—measured on a dummy head, or individualized for a particular person.

The research described in "Personalized Evaluation of Personalized BRIRs..." paper explores whether use of individual HRTF and HCF results in better externalization, localization, and absence of coloration for sound reproduced binaurally in headphones compared to real sound from a speaker. The results confirm that, however even with "generic" HRTF it's possible to achieve a convincing result if it's paired with a "generic" HCF (from the same dummy head). Turns out, it's not a good idea to mix individualized and generic transfer functions.

Speaking of commercial applications of binaural audio, there was a presentation and a demo of how Dolby Atmos can be used for binaural rendering. Recently a recording Henry Brant's symphony “Ice Field” was released on HD streaming services as a binaural record (for listening with headphones). The symphony was recorded using 100 microphones and then mixed using Dolby Atmos production tools. 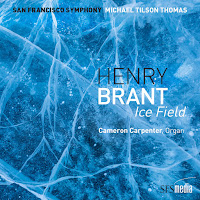 It seems that the actual challenge while making this recording was to arrange the microphones and mix all those 100 individual tracks. The rendered "3D image" to my opinion isn't very convincing. Unfortunately, Dolby does not disclose the details of Atmos for Headphones implementation so it's hard to tell what listening conditions (e.g. what type of headphones) they target.

Augmented reality (AR) implementation is even more challenging than for virtual reality (VR) as presented sounds must not only be positioned correctly but also blend with environmental sounds and respect the acoustical conditions (e.g. the reverberation of the room, the presence of objects that block and / or reflect and / or diffract sound). That means, an ideal AR system must somehow "scan" the room for finding out its acoustical properties, and continue doing that during the entire AR session.

Another challenge is that AR requires very low latency, < 30 ms for the sound to be presented from human's expectation. The latter is tricky to define, as the "expectation" can come from different sources: a virtual rendering of an object in AR glasses, or a sound captured from a real object. Similarly to how video AR system can display virtual walls surrounding a person, and might need to modify a captured image for proper shading, an audio AR system would need to capture the sound of the voice coming from that person, process it, and render with reverberation from those virtual walls.

There was and interesting AR demo presented by Magic Leap using their AR glasses (Magic Leap One) and Sennheiser AMBEO headset. In the demo, the participant could “manipulate” virtual and recorded sound sources which also had AR presentations as pulsating geometrical figures.

Another example of AR processing application is “Active hearing”, that is, boosting certain sound sources analogous to cocktail party effect phenomenon performed by human brain, but done artificially. In order to make that possible the sound field must first be "parsed" by AI into sound sources localized in space. Convolutional Neural Networks can do that from recordings done by arrays of microphones or even from binaural recordings.

This means recording environmental sounds so they can be reproduced later to recreate the original environment as close as possible. The capture can serve several purposes: 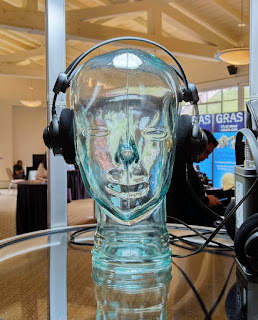 The most straightforward approach is to use a dummy or real head with a headset that has microphones on it. Consumer-oriented equipment is affordable—Sennheiser AMBEO Headset costs about $200—but it usually has low dynamic range and higher distortion levels that can affect sound localization. Professional equipment costs much more—Brüel & Kjær type 4101-B binaural headset costs about $5000, and that doesn't include a microphone preamp, so the entire rig would cost like a budget car.

HEAD Acoustics offers an interesting solution called 3PASS where a binaural recording captured using their microphone surround array can later be reproduced on a multi-loudspeaker system in a lab. This is the equipment that can be used for audio devices testing. The microphone array looks like a headcrab. Here is the picture from HEAD's flyer: 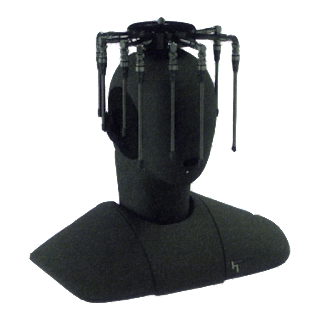 When doing a sound field capture using a binaural microphone the resulting recording can’t be further transformed (e.g. rotated) which limits its applicability in AR and VR scenarios. For these, the sound field must be captured using an ambisonics microphone. In this case the recording is decomposed into spherical harmonics and can be further manipulated in space. Sennheiser offers AMBEO VR Mic for this, which costs $1300, but plugins for initial audio processing are free.