In Part 1 we have considered the need for headphone normalization and its implementation in Morphit plugin by Toneboosters. In this part, we will examine Sonarworks Reference.

Sonarworks offers a package for recording studios called "Reference" which consist of room correction software, headphone correction filters, and system components that allow applying these corrections on a system wide level. For non-professionals, Sonarworks also offer "True-Fi" package which applies the same headphone correction curves using a simpler UI. For the purpose of writing this post, I've been playing with the implementation targeted to pro users, which offers more tuning capabilities. I really like that the UI shows the grid for the response curves. It's also great that all 3 curves: source, correction, and target can be displayed on the graph.

However, Sonarworks doesn't offer the same degree of freedom for setting up the source and the destination frequency responses as does Morphit. The list of source responses only includes real headphone models, but no artificial curves like "flat at the eardrum." The list of target responses is even more limited, offering only a handful of speakers and headphones, which are presented like riddles, e.g. "A well respected open hi-fi and mastering reference headphone model nr.650 [...]" Illustrated by a picture of Sennheiser HD650 as a hint. I guess, this was done to work around some legal issues. 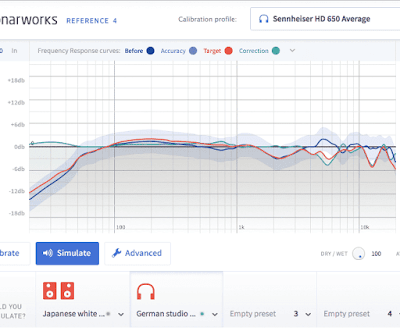 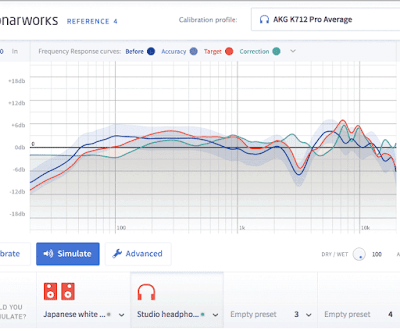 I've asked a question about this on Sonarworks' support forum, and their representative confirmed my suspicion that the target curves in the package are not as up to date as the source averaged measurements.

OK, first question has been resolved. The next important question—what does "Flat" target response mean for headphones. The UI doesn't help much, it indeed shows the target response as flat. But as we know from Part 1, it shouldn't really be flat at the earphone speakers.

My speculation is that since the package offers normalization for both headphones and speakers, the team has decided, they will represent the normalization from the speakers point of view. Thus, the "flat" target setting for headphones must be "as heard using speakers calibrated to flat response," but they did not specify under which conditions, and with which tweaks. As we have seen with the Harman Target Curve and Morphit, an honest "flat loudspeaker in a reference room as picked up at eardrum" may not be a preferred setting due to its "dullness."

In order to provide an educated guess, I've performed the following experiment. I've chosen the same headphone model—Shure SRH1540 as a source both in Morphit and Sonarworks, and normalized a test sweep signal separately using two plugins.

Then using "Trace Arithmetic" in Room Eq Wizard, I derived a transfer function for transforming Morphit's filter response into Sonarworks', and applied this transfer function to Morphit's "Studio Reference" curve. Here is the result compared to Morphit's "Studio Reference" (red) and "Studio Speaker" (which as we remember, resembles Harman Target Response) (blue). The Sonarworks' approximated response is a green curve. 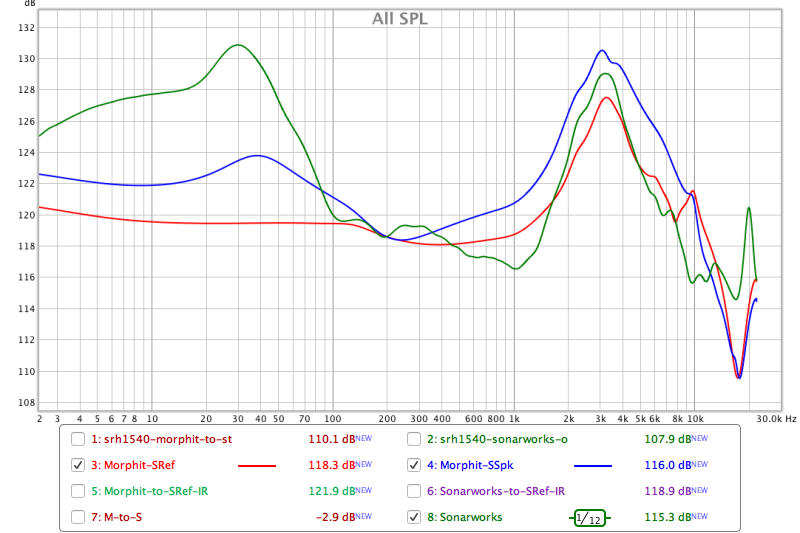 Note that this is only approximation since measurement data for SRH1540 is obviously different between Morphit and Sonarworks (it's hard to perform headphone measurements reliably, especially at high frequencies).

But still, we can see similar shapes here, confirming that Sonarworks may be using something similar to either of the curves (and it's definitely not a "flat" target response as their UI suggests). Two remarkable differences can be seen though:

Note on the Implementation

Another interesting thing concerning the Sonarworks Reference package is that it can use different filter types for normalization. On the "Advanced" tab, there is a choice between "Zero Latency", "Optimum", and "Linear Phase" settings:

"Zero Latency" means applying a recursive (IIR) filter (as in Morphit), which has negligible latency but introduces some phase shifts.

"Optimum" is a shorter non-recursive minimum phase FIR filter of 500 taps, that at 44.1 kHz introduces a delay of about 11 ms—still OK for real-time operation.

"Linear Phase" is a longer FIR filter that achieves linear phase (no phase changes), but has longer processing time, and also adds some "pre-ringing."

Which Product to Choose

Personally, I've stuck with Morphit because it's cheaper, and allows me to see the target frequency response. On the other hand, Sonarworks offers a system-wide component that applies normalization to all system sounds. Although, this can also be achieved by means of using Morphit in conjunction with Audio Hijack Pro by Rogue Amoeba which allows applying plugins to system output, as well as capturing it.

Sonarworks also offers a service for measuring your personal headphones. However, I would prefer the headphones to be measured for my own head, not for a dummy head simulator, since factors as the shape of the pinna, and the shape of ear canals greatly affect the resonances that occur in the outer ear.